A perfect combination of passion, service orientation, craftsmanship and knowledge. The team that comprises Maguro Sushi is not only passionate about providing an outstanding experience, but also has the required knowhow to deliver it. 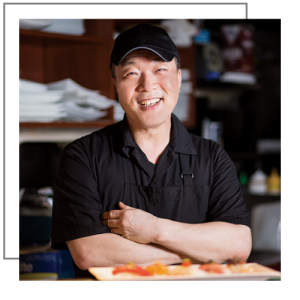 "We take pride pride in our sushi and will prepare all the ingredients right before they are scheduled to be served."
Owner Chef Charlie Shin began his culinary training in Korea. He discovered his passion for sushi when he came to live in America.

He has explored his talents by working with Maguro Sushi for over 8 years. He is now the owner of Maguro Sushi Ramsey and is committed to serving the best sushi in town.

He continues to treat his discerning clientele to the finest dishes prepared according to the season and the guest’s taste.

Chef
TJ became a Sushi Chef because he was very drawn to the artistic and culinary world of sushi. His sushi journey started in Japan. While living there, he was taught that classic proportion and attention to detail are crucial to elegant sushi presentations.

In America, he worked alongside with Masaharu Morimoto who appeared on the TV show "Iron Chef." He then joined the Azuma Group, a noted sushi bar in Texas, as executive chef. Right before joining Maguro Sushi, he worked as head chef in a sushi restaurant in Edgewater, NJ. 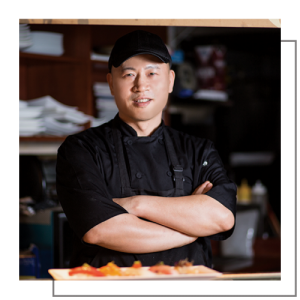